Good for the dog. Good for you. 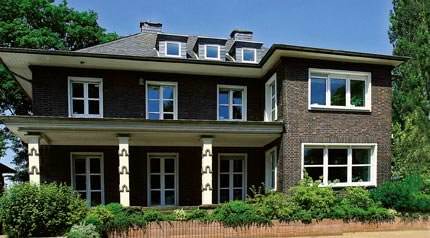 The VDH (German Kennel Club) is the foremost organisation representing the interests of dog-owners throughout Germany – the first address to find out everything there is to know on the subject of life with dogs, on dog sports and on dog breeding. As an umbrella organisation for its 180 member clubs the VDH today represents more than 650,000 members. For more than 100 years now the VDH has been exerting a positive influence on life with a dog in Germany. The VDH has established itself as the greatest lobby group, as an institution rich in tradition and as a seal of quality, and is much sought after as an absolute authority on all matters relating to dogs. For professionals from the media, courts of justice, government ministries, local authorities and also for those simply interested in dogs – the VDH is the first point of contact for everyone.

Over 250 different breeds of dog are supervised through the VDH breeding clubs and bred under the strictest of controls. Right from the start the VDH and its member clubs have been forming decisions in favour of breeding regulations which, by international comparison, are extremely strict. The corresponding guidelines lend the highest priority to the health and protection of the animals.

The VDH represents Germany in the World Canine Organisation, the Fédération Cynologique Internationale. Currently 343 different breeds of dog are recognised by the FCI. For each breed there is a so-called standard, which describes an ideal specimen with regard to appearance and behaviour. The breed standards are overseen by the FCI member associations from the place of origin of the relevant breed. Germany sets the standards for 32 breeds of dog.

The VDH is a federally structured umbrella organisation which unites pedigree breeding clubs, dog sport associations, federal state associations as well as a number of extraordinary member clubs. Whilst it is not possible for individuals to become direct members of the VDH, they become affiliated through the membership of a breeding club or sports association.

The 180 member clubs of the VDH are composed as follows:

and representing an extraordinary member of the VDH: