The International Workshop on Enhancement of Genetic Health in Pedigree Dogs, the Dog Health Workshop, was for the first time organized in Stockholm June 2012. It provides an opportunity for various stakeholders to exchange experiences and views on dog genetic health. The overall aim is to boost the collaborative actions needed for a healthy, long term sustainable dog breeding.

The 2nd International Workshop on Enhancement of Genetic Health in Pedigree Dogs will be arranged by the German Kennel Club in Dortmund on February 14-15, 2015.

The International Partnership for Dogs (IPFD), legally registered in Sweden, is a non-profit organization and its mission is to facilitate collaboration and sharing of resources to enhance the health, well-being and welfare of pedigreed dogs and all dogs worldwide. Development of the IPFD web platform (DogWellNet.com; see below) is at an advanced stage (not available to the public at this time) and the site will be launched at the 2nd International Dog Health Workshop, hosted by the German Kennel Club (VDH) in Dortmund in February 2015.

Several national Kennel Clubs (Sweden, Finland, Germany, France and Norway), The Kennel Club (UK) and other stakeholders in dog health [The Orthopedic Foundation for Animals (USA) and the Agria Pet Insurance-SKC Fund (Sweden)] have made formal commitments to move this work forward. The Federation Cynologic Internationale (FCI) is an Initiating Patron of this effort, providing seed funding in 2012 and 2013 for the later establishment of IPFD.

The first meeting of the Board of the International Partnership for Dogs was held on Thursday 28thAugust at the Kennel Club in London. The Board is comprised of Pekka Olson (Chair, Sweden), Caroline Kisko (Vice Chair, UK), Eddie Dziuk (USA), Peter Friedrich (Germany), Jean-Pierre Genevois (France), Patricia Olson (USA), Kirsi Sainio (Finland). Brenda Bonnett (Canada) is the Chief Executive Officer and Ulf Uddman (Sweden) is the Chief Financial Officer.

The IPFD will soon engage additional partners/members from throughout the world, including additional cynological organizations, professional and academic groups, and corporate, non-profit and industry partners.
The IPFD and DogWellNet.com will offer a non-partisan and a-political platform where the focus is directly on the goals of advancing the health, well-being and welfare of dogs. The dog world is truly global - dog breeding, human-dog interactions, competitions all occur on a world-wide stage. The IPFD and DogWellNet will help bring the global dog world together.

DogWellNet.com will be the web platform for the International Partnership for Dogs (IPFD). It will function as an information hub, providing links, documents and additional resources to breeders and others in the dog world. However, it will be much more than ‘google-for-dogs’. The whole design and structure of the platform revolves around ‘building community’ – bringing people together. This will be accomplished both by the way the IPFD will develop the site, i.e., with the help of both IPFD staff and volunteers from partner institutions, and from functionality inherent in the design of the site. For example, the software allows for the creation of ‘Forums’ where groups can effectively communicate, share information, reach consensus, and more. DogWellNet aims to support specific actions to improve the health, well-being and welfare of dogs, for example, through assisting international, collaborative efforts for breed-specific health strategies.

DogWellNet.com will be launched at the 2nd International Dog Health Workshop, hosted by the German Kennel Club (VDH) in Dortmund in February 2015. It is not open to the public at this time; however, partners and collaborators have been/ will be given access to the current version of the website as developments continue in the fall of 2014. 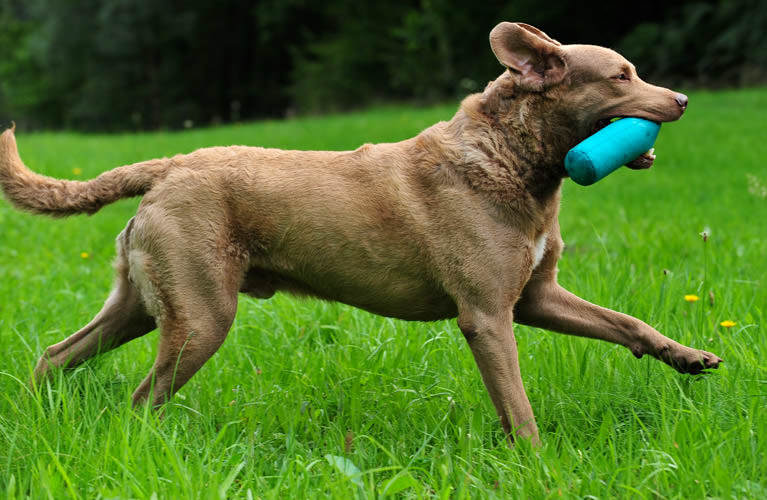 “Dogs in Motion” explores the locomotion of dogs in a highly scientific yet easily accessible manner. An innovative illustrative style brings the dog anatomy to life and makes clear the way in which the skeleton, the muscles and locomotion fit together. 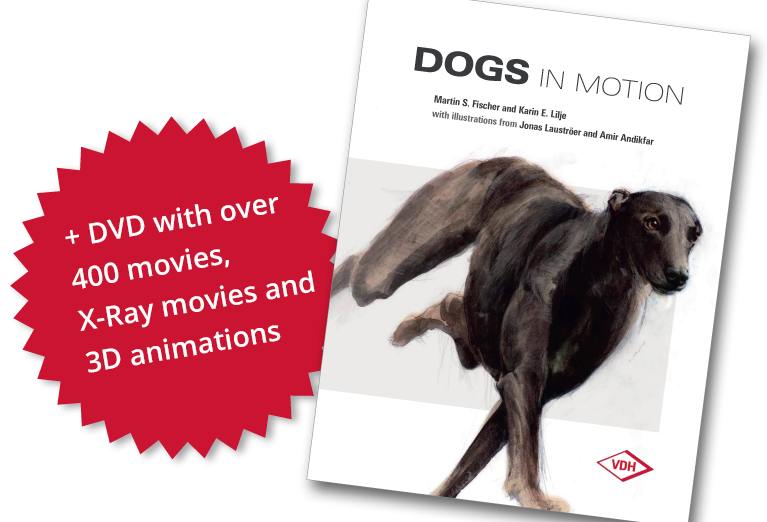